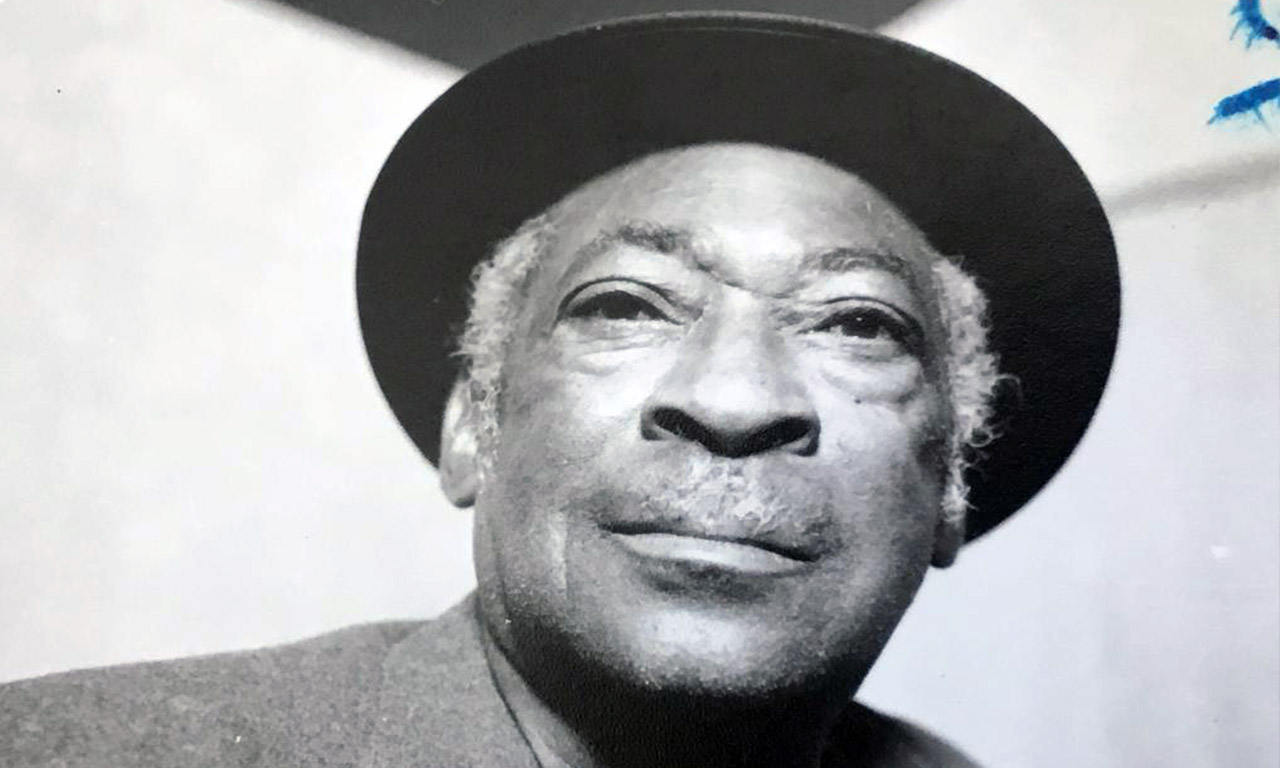 I first saw Henry Gray at Tabby´s Blues Box in 1989 and I´m not embarrassed to admit the tears were running down my face. I did not speak to him, or attempt to interview, as I knew very little of his past history and did not want to display my ignorance. However, a few weeks later, when the time arrived to find a piano player for the Clarence Edwards LP “Swamps The Word”, he was the only choice as he and Clarence went way back and been together on both the Arhoolie Louisiana Blues LP and the Excello/Blue Horizon Swamp Blues double album, produced by Mike Vernon and recorded in Baton Rouge in August of 1970.

Henry had his own band, The Cats, when I was in Baton Rouge, so we never played together on stage when I was Stateside, and I never got to share a stage with him except at Tabby´s Blues jam. However, when I returned to Europe in 1991 he was the first person I called with a view to touring. We were to spend hundreds of hours in vans, restaurants, motorway service stations, hotels and the like, once driving from the South of Spain to above the Arctic Circle for some of the Norwegian gigs featured here.

Henry was particularly reticent when confronted by interviewers, and I remember his going into Van Morrison mode on the BBC, but when we got back in the van he launched into a story about Mahalia Jackson that had us all in fits (No, I won’t repeat it here…). He would regale us with recollections about his early life in Alsen when he learnt to play the piano thanks to a neighbour, Mrs White but was not supposed to play Blues on the piano his parents had acquired, instead of learning a large gospel repertoire to play in the local church, while learning Blues on Mrs White´s piano.

The main part of the material presented here was from a gig in Stafford organised by Keith Webb, aka the Baron, with his former bandmate and guitarist extraordinaire, Derek Holt, a former member of the very successful Climax Blues band. The Baron and Henry were very close, being roughly the same age, and Henry was always very specific about the Baron being his favourite drummer since his time with S.P. Leary. The Baron would also give me advice on what I should play, less is more, and his experience and stoicism was invaluable when confronted by the numerous unexpected problems life on the road presented.

Henry was also on the stoical side. Once, in Henley on Thames, where we had a gig in the Town Hall, he had severe toothache and I had to take him to the local hospital, much against his will. When they saw the situation, he was asked when he had last seen a dentist. He replied “1944”. The gig went very well despite this. On another tour he played for a month with a broken finger and never complained, dulling the pain with Bourbon. Despite Wikipedia falsely claiming he had been an Alcoholic, he never missed a gig, arrived late, or made a mistake due to drinking. He would usually only drink after a gig, and even then, rarely to excess. He was often plied with so many free drinks from generous punters that he would ask me to dispose of them for him, which meant I would often wake up with a hangover.

Henry loved his family above all else and would speak a lot about them, and how about he wanted to get back to Louisiana to help his 90-year-old mother with the fish market. He must have inherited a lot of her genes as he would only eat the meat in a hamburger and continually smoked Pall Malls with the filters broken off. On several occasions, he would fall asleep with the windows wide open and seemed quite indifferent to temperature. I suppose those years as a roofer being next to a bucket of boiling asphalt paid off. On one of our visits to Norway Henry was wearing a pair of patent leather dress shoes, which filled with snow that gradually melted under the piano during the gig.

This album is dedicated to the memory of Henry Gray and Keith “the Baron” Webb. Two professional warriors who never complained.